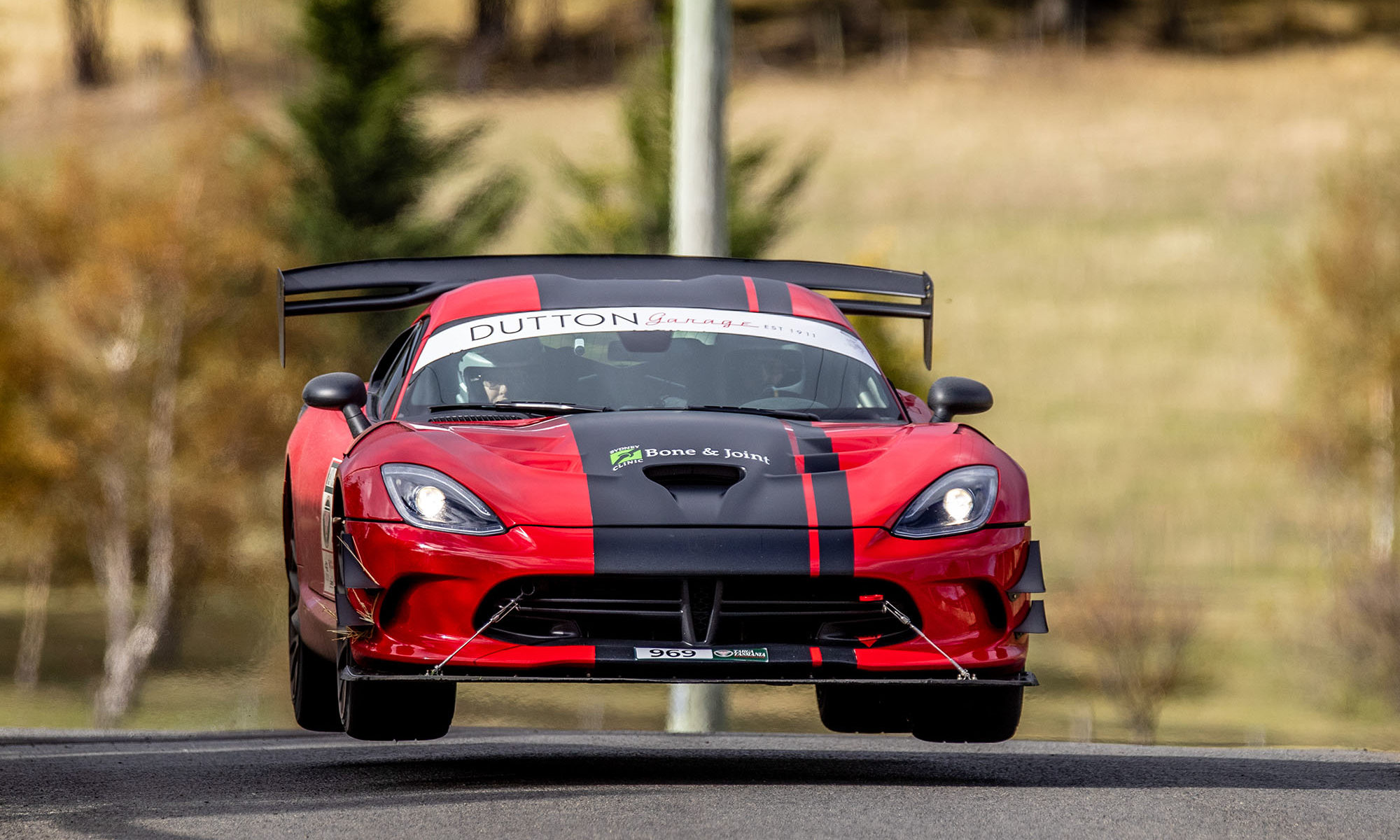 Plans and preparations are well-advanced for the 15th Make Smoking History Targa West, held in and around Perth from 8th to 11th August.

Over 60 competitors are expected to race the clock on closed road special stages at Whiteman Park, Muchea (returns for 2019), Ellenbrook (new for 2019) Kalamunda including the infamous Zig Zag, Parkerville (new for 2019), Toodyay, Chittering and Bullsbrook before the penultimate stage in Malaga, then the finale at the City of Perth Special Stage along Riverside Drive.

“Targa West has been on my bucket list for a while, I’ve always wanted to do it,” Ireland says.

“An opportunity came up to have Steve Glenney sit beside me – he’s one of the best co-drivers on tarmac and gravel and a driver coach – so it’ll serve a dual purpose; driver coaching and ticking off a bucket list.”

Ireland and Glenney will compete in Targa West in Ireland’s beastly-looking 2017 Dodge Viper ACR Extreme, a left-hand-drive with an 8.4 litre V10 engine.

“The car has a character all of its own, my mechanic named her Rosie after the AC/DC song ‘Whole lotta Rosie’ which was a song about a generously proportioned woman. He says my car has a big ass, is noisy and drinks a lot, like Rosie in the song,” Ireland quips.

“It’s completely different to drive and it took some getting used to the dimensions on the road. Also, I’m sitting at the back over the rear axle and can’t see the front of the car, but I’m getting there. One thing for sure, she’s a crowd favourite wherever she goes,” Ireland, an orthopaedic surgeon, says.

Ireland has had ‘Rosie’ for two years. He started off racing classic cars 20 years ago, had a rotary car and then bought an old Porsche which raced for eight years.

“After the Porsche, my mechanic talked me into buying a GT4. A couple of years later, my wife who was getting into rallying as my co-driver, decided that we needed a faster car.”

“I’m looking forward to driving the roads in the West. I understand that they are mostly open and fast and because of that there are speed constraints and chicanes, which will be a challenge in such a big car. I don’t really know what to expect, but I am very much looking forward to Targa West,” says Ireland of Stanwell Park south of Sydney.

Lining up with Ireland’s Dodge Viper will be a wide variety of cars including classics like Ford Escorts and Mustangs, Toranas and Commodores to more modern turbocharged Mitsubishi Evos, Subaru WRXs and Nissan GTRs, plus some Electric Vehicles like the Tesla Roadster, not to mention exotic cars like an AMG or Porsche GT3 RS.

Make Smoking History Targa West is a unique form of motorsport where tarmac rally cars compete on roads that are closed for competition at 30 second intervals, with the winner being the fastest over all 35 stages.

Cars are grouped into classes and there are categories for full Competition, Targa 130, Targa 165 and Electric Vehicle category.

Event Director Ross Tapper said that tarmac rallying is the fastest growing and most exciting areas of motorsport.

“We have put on special Rookie functions and briefings because we’re getting a lot of interest and entries from first-timers,” says Tapper.

“We also have the Targa 2Day competition which will be held on Saturday 10th August and Sunday 11th August, primary set up for newcomers but also for anyone who is short of time or doesn’t want the expense of the four-day event.

“The spirit of rallying is centred on the enjoyment of the thrill of the open road in a controlled and competitive environment and our goal is to put on another ‘five-star’ event for competitors and spectators.”