The Celebration of Motorsport is one of the largest free-to-attend displays of racing machines that Perth has ever seen and will be held at Langley Park on Sunday 11th August from 10am until 3pm.

Impressively, the Celebration of Motorsport together with the Shannons Classic on the Park will display over 600 stunning and interesting vehicles in the City of the Perth.

The Celebration of Motorsport features racing cars from all eras and disciplines including drags, speedway, drift cars, gravel rally cars and remote control cars alongside a variety of other racing machines such as Soapbox racers, motorcycles and jet boats.

Highlights include 60 Minis to celebrate the mark’s 60th anniversary and Aussie Invader IV on display that boasts 6,500 lbs of thrust equivalent to 6,500 horsepower capable of reaching 450 kilometres per hour in just five seconds. There’ll be demonstrations of the Supermoto Bikes which go anywhere and considered the equivalent of RallyCross Cars, kids will have the opportunity to ride pee wee bikes plus there’ll be trade stalls, family entertainment, food vans, 96FM and interactive displays.

The Shannons Classics on the Park is a collection of over 300 classic cars including Aston Martins, Ferraris and Lamborghinis both old and new.

“There’s no other event in Perth that attracts the number or variety of vehicles like we’ll have at Langley Park,” Tapper said.

“The area has always been a popular drawcard for motorsport enthusiasts who come out to enjoy the final stages of Targa West and watch the champagne spray after the podium presentations.

“Riverside Drive is set to become a haven for car-lovers thanks to the support of the City of Perth, and that’s worth celebrating,” he said.

There’ll be live motorsport action all day Sunday in the city with 52 competitors racing the clock in the LF Performance Targa City Sprint from 9am along Riverside Drive between Victoria Avenue and Governors Avenue.

At 1pm on Sunday, the Make Smoking History Targa West competitors will race the clock in the final stages of the four-day tarmac rally that will conclude with the winners on podium and traditional champagne spray.

The Celebration of Motorsport will run from 10am until 3pm on Langley Park on Sunday 11th August.

The Celebration of Motorsport is proudly supported by the City of Perth, 96FM and Make Smoking History Targa West. 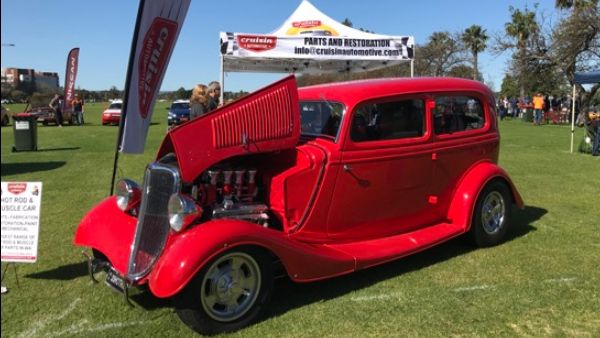